"Remember, if you ever need a helping hand, you'll find one at the end of your arm ...

As you grow older you will discover that you

or change it to PDF, 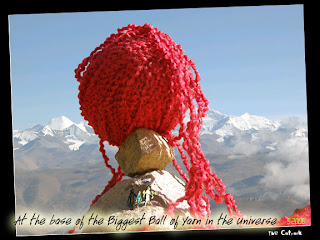 I decided to re-post this article from my previous post in 2007 because I thought it needed to be read again...lol....

I found this article on Deb's blog and just loved it so thought I would share it with my blogging friends.
The article concerning "Pheromones" originally was written in 1997 by "Barking Dogs" and re-posted today by Kathy...be sure to stop by and read her version! :)

A recent study indicated, that yarn and thread gives off certain Pheromones that actually hypnotize women and cause them to purchase unreasonable amounts.
When stored in large quantities, in enclosed spaces, the Pheromones, (in the yarn,) cause memory loss and induce the nesting syndrome, (similar to the one squirrels have, before the onset of winter, i.e. the storing of food,) therefore, perpetuating their species and not having a population loss due to their kind being cut into pieces and mixed with others.
Sound tests have also revealed, that these yarns, emit a very high-pitched sound, heard only by a select few, a breed of women known as"loomers." When played backwards on an LP, the sounds are heard as chants, "buy me, loom me, and wind me into a ball ".
In order to overcome the so called "feeding frenzy effect," that these yarns cause, one must wear a face mask when entering a storage facility and use ear plugs, to avoid being pulled into their grip.(One must laugh, however, at the sight of customers in a yarn store, with WWII army gas masks and headphones on!).
Studies have also indicated, that aliens have inhabited the earth, helping to spread the effects, that these yarns have on the human population. They are called "YARN STORE CLERKS".
It's also been experienced, that these same Pheromones, cause a pathological need, to hide these yarn purchases, when taken home (or atleast blend them into the existing stash.) When asked by a significant other if the yarn is new, the reply is, "I've had it for awhile."Author Unknown
LOL

So ladies we are ok!! There is no need to call the doctor or run out to a shrink. Having our halls, closets, guest rooms, bedrooms, living rooms, cars, and garages filled with yarn is just part of being a "Stitching Gal" it's ok and better yet it's a good feeling to own a peice of the big "Yarn ball" of the world. So go out and buy some more of that yarn this weekend all the shops have sales!!!!

Posted by DaCraftyLady at 9:54 AM

~ Thanks for stopping by to visit me~ I always welcome comments.
Be sure and link up or become a follower and never miss any future posts!
"Life is a stitch of happiness try not to drop one!"
♥ Crochetoholic ♥

I'm Leaving the Light on for Your Smile!

Hello to the online Online Roulette visitors stopping by my little end of the blog world! =============

If you would like to support Crochetoholic's blog & free patterns, please consider making a donation through Paypal's secure payment center. Thank you for your help.

Where am I going now?

My Etsy
My Store My Patterns
My Amazon Wish List
Crochetoholic
100 Things About Me?
About my Family and Friends
About my reading life?
My favorite recipes of the month
My crochet and reading blog
My swap photos

Talk to me?
In Memory of my Mom and Dad

Check out Point Breeze Designs for handmade items, bags, house hold items, everything for the whole family, and now "Treasures Again" in their PBD's Attic for all your second-hand treasures. Its like E Bay without having to bid! And be sure and bookmark the site as it adds new items weekly!!!

Some of my Own Designs

Einstein once said, 'The definition of insanity is doing the same thing over and over again and expecting different results.' I must be insane then??? Since I crochet over and over again!! What would Einstein say to doing that I wonder?

© 2006-2009 Crochetoholic
All words and images are subject to copyright. If you would like to use any content please email for permission first.

DONATE to Stitch n' Chicks
"Crochet for the Needy" [CFTN] SnC crochets
shawls, lap-ghans, afghans, hats, scarves,
slippers, & cowls, for a local needy/elderly
nursing home. Every year around Christmas
we gather all our donations and bag them and
take them to a local home. Help if you can by
sending any finished project to SnC.
Email for address: stitchnchicks at msn dot com.
Thank you

"Cut Out Your Clutter"
"Every Hospital Should Have a Crafting Program"

Bette Davie was an avid thread crocheter and was famous crocheting through the movie "The Letter" made in 1940. I want to make a thread coverlet for my bed 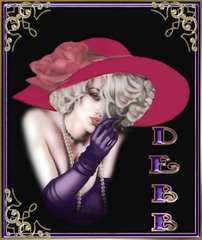 My Favorite Groups and Blogs 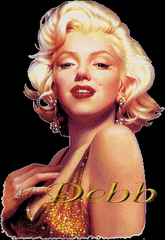 Your Cat and the Counter

Stuff on My Cat

© 2007 Crochetoholic Please do not reproduce or repost any of my graphics, articles, ideas, or posts without my permission. Thank you!

You give your love and friendship unconditionally. You enjoy long, thoughtful conversations rich in philosophy and spirituality. You are very loyal and intuitive.

Find out your color at QuizMeme.com!